We are excited to welcome Milton to the Get That Good Life! conference. Milton will be presenting about customised employment and how to help people with disability to find and keep valued, paid work. 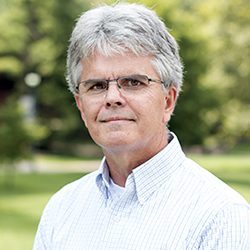 Milton, who is based in the US, has professional and personal experience over decades of helping people with disabilities have strong work roles. He uses the principles of SRV (Social Role Valorisation) as a foundation for his work.

Milton helps individuals and organisations include, involve, and appreciate people who are so often unknown, misunderstood, and rejected. He’ll be sharing his insights about customised employment and how to get the job set up well right from the start.

In 2013, Milton received The Marc Gold Award for Employment. This award is presented annually to an individual who has made a significant contribution to increasing access to community and integrated employment for people with significant disabilities.

Milton is a Project Associate for the University of Kentucky. He owns Milton Tyree Employment Consulting LLC.

At the Get That Good Life! conference Milton will be presenting the following sessions:

Lessons Learned and Implications for Current and Future Employment Practices

Milton Tyree will join us from the US to discuss the significance of suitable employment for people with disabilities. The session will focus on the evolution of open employment services over the last 40 years.

One of the most challenging decisions facing employment supporters is determining their own role. It can be hard to know when to get involved and when to step aside. So Milton will discuss the best way to instruct and support an employee with a disability.

Related to this role dilemma, Milton will examine the relevance of two frameworks for the role of the employment supporter:

Milton will introduce the concept of Discovery. Discovery is an alternative to competitive, comparative methods of traditional vocational assessment. He’ll explain

Finally, Milton will explain the distinctions between customised jobs and labour market jobs. He’ll introduce the concept of personal representation in job development.

Getting a Good Start in a Good Job

An Example of Open Employment Using Some Customised Employment Principles

Much has been learned through the years about open employment. There is much evidence that shows what works and what doesn’t work. When the well-established guiding principles of customised employment are applied, desirable results are likely to follow.

In this presentation, we will look at how a local family applied these principles in the workplace.

Jack Kruger, a recent school-leaver, will provide an overview of his work roles over the years. He’ll explain how these have led to him securing employment at Government House in Canberra.

Finally, Milton Tyree will connect Jack’s story with the customised employment principles that he described in his pre-conference webinar. There will be time for comments and questions.

Return to the main conference page

Milton has contributed to the following articles

Return to the main conference page